Gaming today has shifted from outdoors to indoors, and that has led to the booming of video games like Xbox, PS4 and through computers, laptops, and even the square screen mobile phones. In the current generation from children to youth to adults, everybody is addicted to gameplay and monitoring that wireless adapters have crept into the Indian market.

Now gaming doesn’t happen with low speed or lagging, and here is where the wireless technology came handy. Just one USB or PCIe device can help to achieve all the speed and streaming from one corner of the room.

Be it a USB dongle or an internal desktop card plucking off the best wifi adapter for gaming India, from the market can be a pretty hard challenge as there are so many in numbers.

But these wireless adapters are indeed overwhelming when compared with the messy cable cords or Ethernet from a broadband connection.

The Alfa AWUS036ACH is one of the products which bears all the significant characteristics that one can search for in a best wireless adapter including its price. The unanimous verdict of the product has to be the speed it offers, which is 1 Gbps which is top-notch for gaming without lags, HD streaming, downloading and so much more.

The TP-Link Wi-Fi 6 AX3000 is an excellent PCIe card to buy at its affordable price range which serves the fundamental purpose of the internet requirement for anybody given the speed it offers.

Apart from that, the Asus AC1900 PCE AC68 Dual-Band Wireless PCI-E Adapter is another good option to go for as it comes with the best PCIe wifi card along with the 5th generation 802.11ac chipset gives you dual-band, 2.4GHz/5GHz for up to super-fast 1.30Gbps that would support high-end gaming.

Below I mentioned a few features to look at before buying, which helps you to pick one without getting lured by the marketing gimmicks.

Factors to consider when buying wireless adapters (PCIe or Usb):

This isn’t unknown that gaming is best possibly played on computers as it is convenient in many ways, its heavy RAM being the supreme factor. And with desktops, the routers or PCIe wifi cards work the best compared to the compatibility of USB with PCs as the USB dongles tend to lag, and while gaming, low speed cannot be considered as an option once and for all.

In order to ensure fast and reliable connectivity, you need to pick on the adapter that can transmit the same protocols as your router. Wireless routers come with the number 802.11. Now the letter that would follow the number will dictate the transmission protocol. For instance, 802.11ac is prescribed for users buying both the router and adapter to ensure the fastest connectivity.

The speed of the connection depends on the types of ports you have. For instance, USB 2.0 ports will support a maximum speed of 60 Mbps, whereas USB 3.0 ports can go up to 640Mbps.

The frequency mostly depends on the situation required. Nowadays dual-band adapters support both the frequencies of 2.4GHz and 5GHz. Although both frequencies have their strengths and weaknesses like many wireless gadgets, work through the 2.4GHz spectrum, which means 5GHz will be less prone to interference. However, there is a possibility of signal-loss over long distances from 5GHz transmission.

It is essential to have an idea of the specifications of the adapters you pick. One of which is speed as it determines the basic requirement of the user along with the purpose. Along with speed, the wireless frequency and protocols tag along as they’re the significant component that determines the speed of the adapter.

It is very important to focus on the external build of the adapter and not fall prey to the marketing gimmicks. Go through an adapter’s buyer’s guide before deciding upon and balancing between quality and market price.

Routers these days are quite light and handy and don’t take much space either, you can pace it at any corner of your room according to your convenience from where you can access the connection.

Coming to USB dongles, laptops have USB ports that are more or less close to each other which requires small or sleeker dongles that wouldn’t block the adjacent port or are less likely to bump and break if you’re moving with the laptop.

A well-researched list of adapters have been added to this article; it is definitely going to answer all your doubts about wireless adapters and the technology. It might even enhance your ideas on the same and change your mind to go for the best.

All you need to do is go through the article minutely and get answers to all your questions starting from the brand, detailed product, honest reviews, and FAQs given below.

Here is a table of the best wifi adapter for gaming in india, these products are the best in the market now and these are ranked considering all the points discussed above and their types, their best use, compatibility rate with devices as well as speed, frequency rate, protocols, and built quality along with the purpose it is best suited to for good usage.

Kali Linux compatible and can do Pen testing.

The Alfa AWUS036ACH is the best wifi adapter for Kali Linux which has a dual-band 802.11ac picks great range from afar and provides a substantial uninterrupted speed up to 300 Mbps and 867Mbps with frequencies 2.4GHz and 5.0GHz respectively.

Even though its USB 2.0 is backwards compatible and works just fine, but it works best with a USB 3.0 port which transmits a greater speed.

Optimum signal reception from two multi-directional antennas with a magnetized base.

TP-Link Wi-Fi 6 AX3000 PCIe WiFi Card is the best wifi adapter for pc gaming. The latest technology of Wifi 6 is designed with Archer TX3000E which is compatible with the latest Bluetooth 5.0 making it the best PCIe wifi card with Bluetooth, thus helping to liberate, optimise and discover the missing component of the gaming arsenal.

With a continuous flow of Wi-Fi through 1024-QAM and a 160 MHz bandwidth, it delivers a powerful speed of 3x making the PC perform to its peak. Its fine crafting of specialized heartsink and gold plating prevents heating up, resists oxidation, and delivers a superior network experience.

The lower latency reduces lagging up to 75% with the revolutionary OFDMA. The same technology combines the PCI wifi card with MU-MIMO further allowing more devices to communicate without an uninterrupted speed.

Inside the package, it has the T4E wifi adaptor, 2xAntenna, Low-Profile Bracket, Driver CD, and a user guide. The installation is easy by just the ‘plug and plays’ process, and then Windows 10 will detect it (without internet). For better support, one can download the latest driver from the tp-link website and install it.

The Archer T9UH maintains good transmission speeds even at a reasonable distance from router and obstacles present in-between the router and the adapter with the help of four high-gain antennas.

It is very compatible with all devices and the best wifi adapter for Windows 10 which needs no installation of drivers but only “plug and play”.

Wide range of network connectivity and extreme reliability with no lagging.

Uninterrupted downloading and uploading data to and from the wireless network with more bandwidth capacity.

Networking made accessible with a USB 3.0 cable with a magnetic cradle.

Its four internal high-gain antennas are the key to its high performance along with 3X4 MIMO design which comes with more bandwidth capacity when downloading or uploading data from wireless networks.

The reliability of this USB wifi adapter comes from the WPS button whose one-touch allows fast and secure connection as it connects to any Best Wifi router.

The flexible extended antenna helps in the best reception of the signal.

If you’re looking for an internal wifi card for the desktop to get rid of the messy Ethernet cables, then the Asus AC1900 PCE AC68 is the best wifi adapter for PC in India.

The flexible antenna with a magnetic base allows proper positioning of the router and also enable it to catch long-distant signals.

It uses Broadcom’s next-generation wifi 802.11ac chipset which helps to reach a speed of 1.30Gbps making it the best wifi adapter for hacking, through 5Ghz band as it is three times faster than 802.11n Wi-Fi.

The package is equipped with the PCI-Express card, three antennas, the magnetic antenna base, the setup disc, some manuals and a bracket. It also guarantees three years of warranty from the date of purchase.

Foldable design, lightweight and portability make it handy and convenient.

USB 3.0 and Gigabit solution boosts to speed up to 1000Mbps.

The TL-Link UE300C is the best wifi adapter for laptop, tablet and most USB-C powered web devices to make the wired networks in vicinity accessible.

It’s Gigabit Ethernet port which executes speed up to 1000Mbps is ideal for the present generation which is fast and prefers powerful and high-speed gaming without lagging and unstoppable HD video streaming.

It’s pocket-size, and lightweight makes it compact and less space-consuming, which is the cherry on the cake as it comes with portability, hence providing mobility.

Two high-gain antennas for a maximized range of network and stable Wi-Fi connection.

Its design is compatible with desktops.

Provides speed up to 300 Mbps.

The interface of the router has a 2.0 USB port.

The MERCUSYS MW300UH N300 Wireless High Gain USB Adapter is the best wifi adapter for desktop as it comes with a cable that can be easily connected to the Hard Disk, unlike many slot-inserted adapters. Hence, it can be placed anywhere near the router to enjoy the speed, according to the convenience.

The adapter is equipped with two 5dbi high-gain antennas which not only boost network speed up to 300Mbps but also ensure in retaining a wide range of signals from stable wired connections around, transmitting the signal at the same time.

The MERCUSYS MW300UH N300 has an operating system which is compatible with devices like Windows XP/7/8/8.1/10 making it an ideal wifi card for pc.

The package comes with a CD inside that has a straightforward interface and lucid instructions for the installation of the adapter.

Above mentioned is a versatile list of best wifi adapter for gaming. In present days where the Internet plays a major role, adapters are a crucial need in our day-to-day lives. And when it comes to gaming-fanatics, a slow or lagging network is just not a choice.

Anybody planning to get a dongle or router can easily go through the description above, and it will just get easy for them to choose the best of the lot pertaining to their requirement of speed and other features.

Frequently Asked Questions on the best gaming adaptor in India 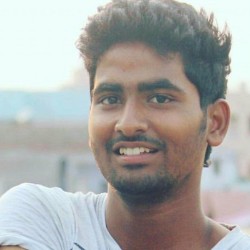 Yo, I'm Sreekanth Devireddy, a technologist, designer and a passionate writer. Previously worked under tech giants as a Head Of Product Reviews. I love to review products and write buyers guide, that helps people to make the right decision at the right time.

Best Laptop under 1 Lakh in India

Reviewnxt.com, is a one stop solution for all online shoppers. Here, We test and review all the consumer electronics, gadgets and consumer durables. We take lot of time is researching, testing and talking to the existing consumers to provide you the best. We are reader supported and make little money for each product you buy without adding any extra cost to you. Readmore.

www.reviewnxt.com is a participant in the Amazon Services LLC Associates Program, an affiliate advertising program designed to provide a means for sites to earn advertising fees by advertising and linking to Amazon.in. *Amazon and the Amazon logo are trademarks of Amazon.in, Inc., or its affiliates.